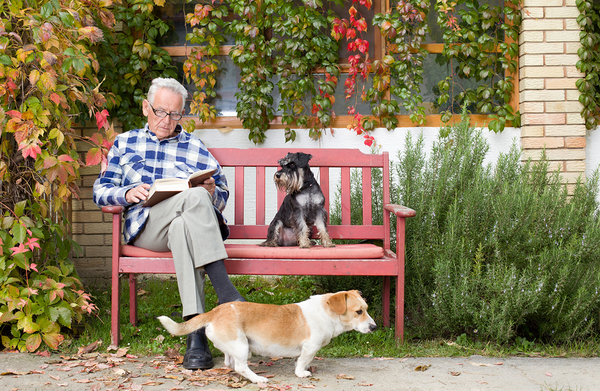 When a senior in your family becomes ill or unable to care for activities of daily life alone, your family must make some hard decisions. Understandably, you want to do what is in the best interest of your loved one.

Not every decision is clear cut, however. For instance, should you let a senior with failing health continue to own a beloved pet?

END_OF_DOCUMENT_TOKEN_TO_BE_REPLACED 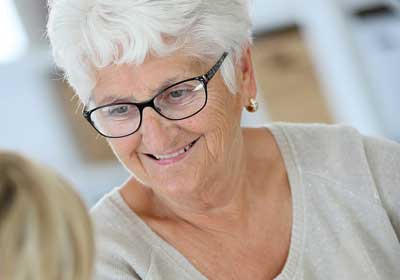 If you are caring for a senior aged 65 and older, it is important to ensure that your loved one gets a flu shot this season. Why? The CDC reports: "It is estimated that between 71 percent and 85 percent of seasonal flu-related deaths have occurred in people 65 years and older, and between 54 percent and 70 percent of seasonal flu-related hospitalizations have occurred among people in that age group."


In other words, seniors are at high risk for flu-related complications. This is largely because, as seniors age, their immune systems weaken over time. This is true even for seemingly healthy seniors, but it is even more important to prevent the flu if your senior is already suffering from other physical ailments.

END_OF_DOCUMENT_TOKEN_TO_BE_REPLACED 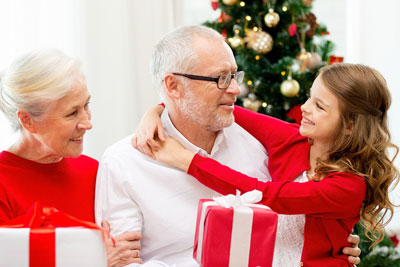 'What If' Senior Care Discussions During the Holidays

Families the world over look forward to the holidays as a time to get together for good food, great fun, and some much-needed time to catch up with what everyone in the family is doing. This is especially true of families whose members live far away from each other.

For these families, the holidays also represent an ideal opportunity for discussing 'what if' scenarios regarding senior care for aged loved ones. Why are such discussions necessary, and how can they help a family with a loved one who may be in need of assistance?

END_OF_DOCUMENT_TOKEN_TO_BE_REPLACED

How Homecare Providers Can Help Their Patients Enjoy the Holidays

For many families, the holiday season is a festive time filled with busy days and beloved traditions. But for some, the holidays can be a time of loneliness and even depression. Sadly, seniors often find the holidays to be one of most difficult times of the year.

Why Seniors May Experience the "Holiday Blues"
Psychotherapist Joyce Marter, LCPC, points out several reasons for seniors to feel especially lonely around the holidays. Perhaps your patient is grieving for a beloved mate who has died, or perhaps he or she is having trouble adjusting to physical or mental decline that will alter the pattern of the way holidays have been traditionally celebrated in the family.

END_OF_DOCUMENT_TOKEN_TO_BE_REPLACED 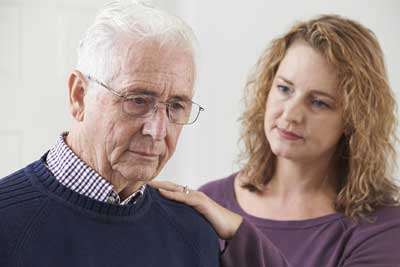 Forgetfulness can be a normal result of aging. But many seniors are worried that an occasional bout of forgetfulness may signal a much more serious problem such as Alzheimer's or another form of dementia. This is not an entirely baseless worry, as 1 in 9 Americans over the age of 65 has Alzheimer's disease.

If you are providing care for an aged love one, you may also have some concerns about cognitive changes in your senior. What is normal senior forgetfulness and what are warning signs of Alzheimer's? Here are some signs provided by the Alzheimer's Association to help you determine if and when to consult with a physician concerning your loved one's mental health.

Memory Loss: By far, the most recognizable symptom of Alzheimer's is memory loss. It is perfectly normal to forget a name or an address once in a while. But, if your senior's memory lapses are interfering with his or her daily life, then it is time to consult a doctor.

END_OF_DOCUMENT_TOKEN_TO_BE_REPLACED

Maintaining Your Career When Providing Homecare for a Loved One

Are you struggling to handle the stresses of maintaining a career, caring for family responsibilities, and providing care for a senior? If so, you are not alone.

The Family Caregiver Alliance provides these statistics to illustrate the struggle faced by many women providing care for their aged parents:
END_OF_DOCUMENT_TOKEN_TO_BE_REPLACED

Social isolation, defined loosely as the absence of social interactions, contacts, and relationships with friends and family, with neighbors, or with society at large, is a serious issue for many older adults.

Andrew Steptoe, lead researcher of a study on the effects of social isolation on health outcomes among the elderly, states: "Social contact is a fundamental aspect of human existence. The scientific evidence is that being socially isolated is probably bad for your health, and may lead to the development of serious illness and a reduced life span."

The study found that the most socially isolated subjects had a 26 percent greater risk of dying than their socially connected counterparts, even when sex, age, and other factors commonly linked to survival were taken into account.

END_OF_DOCUMENT_TOKEN_TO_BE_REPLACED 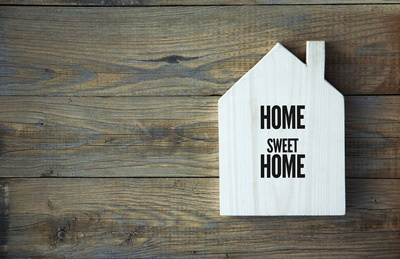 "I just want to stay at home." If you are the caregiver for an aging parent, it is likely that you have heard this refrain many times. According to Elinor Ginzler, director of Livable Communities at AARP, more than 90 percent of older adults report that they would like to stay in their homes as they age.

This sentiment makes sense. The concept of moving into a different community and a new living arrangement can create anxiety at any age. However, especially in the case of seniors, pulling up roots and making such a change is often an overwhelming prospect.

For many seniors, the homes in which they live are the homes where they raised families, where they invested their time and resources, and where they developed close friendships with neighbors. Leaving all of that behind in favor of a new, sometimes radically different environment holds little appeal.

Additionally, from a purely physical perspective, the thought of moving to a new home is an exhausting one, as seniors consider how to dispose of a lifetime's accumulation of clutter to live comfortably in the smaller space common in assisted living communities.

END_OF_DOCUMENT_TOKEN_TO_BE_REPLACED 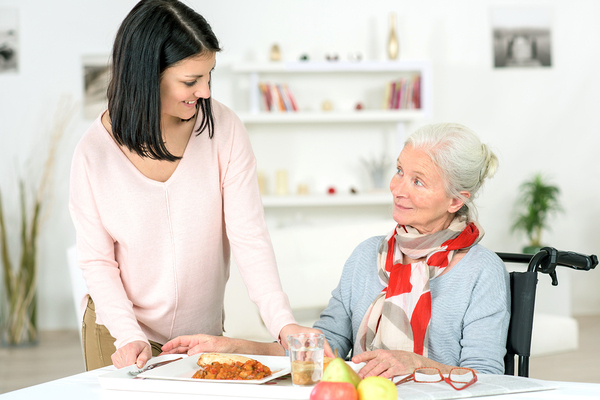 Home is where the heart is. At least, that appears to be the case for Baby Boomers now entering their retirement years. Unlike older generations, Baby Boomers expect to live independently much longer than their predecessors, and intend to use all tools at their disposal to do so.

USA Today's "Retirees Embrace Ways to Stay Put, Age in Place" notes that the vast majority of people aged 50 or older want to stay in their homes for as long as possible. The article observes: "They want to age in place, continuing to live in their home or at least in the same community. And they're not afraid to remodel and try new technologies to make that happen."

Some of the technologies available to help seniors age in place are:

END_OF_DOCUMENT_TOKEN_TO_BE_REPLACED 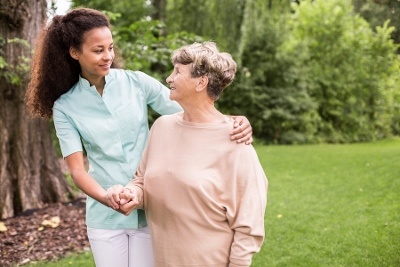 According to the Alzheimer's Association, six in 10 people with dementia will wander. Wandering can occur at any stage of the disease, making it necessary for caregivers to take precautions to both reduce the likelihood of wandering behaviors and handle wandering incidents correctly if they should occur.

Dementia patients can wander for a variety of reasons. The Mayo Clinic lists several common triggers for wandering. They include: